Results from the 2nd tournament held 2013

On photos below, winners of the tournament for 2013:
- singles: Ante Vukomanović
- doubles: Nikica Brusić & Josip Samaržija 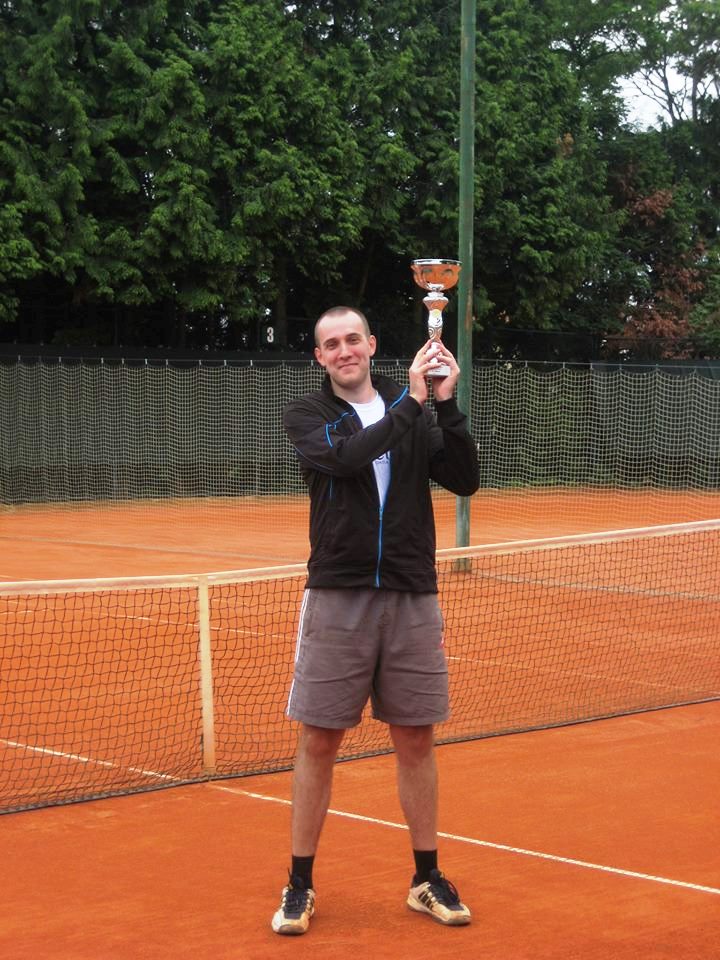 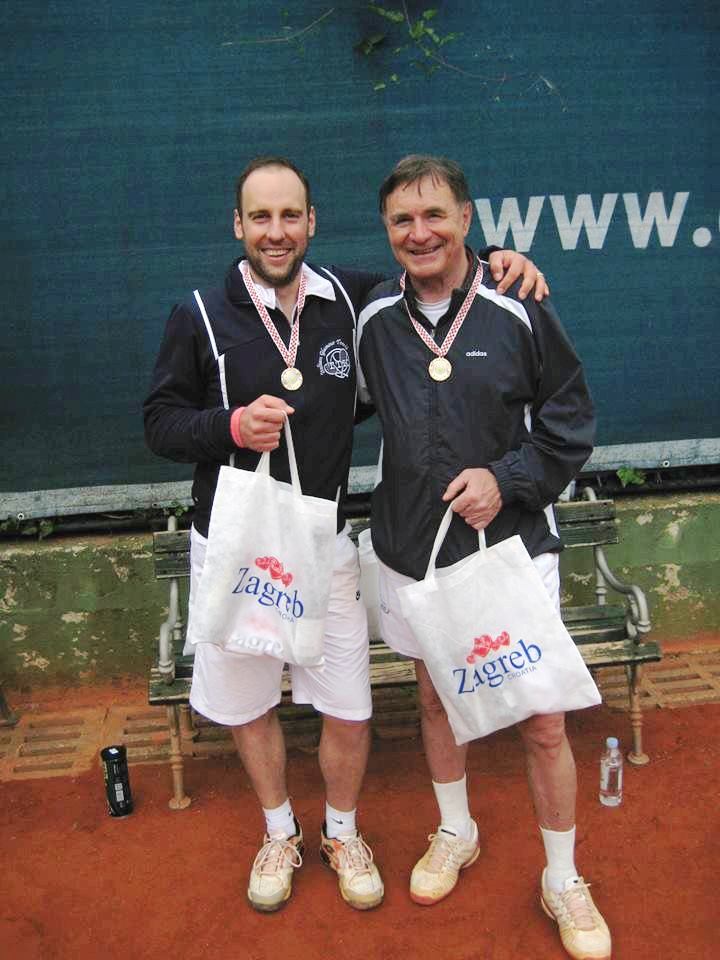 On Sunday it was a day for final matches. Semifinals and finals were played, as well as playoffs for other places.
In the first semifinal, Vukomanović surprisingly easily won the first set against Brusić. Nikica started to play better in the second set, but Ante won the match with 6:0, 6:4.
In the second semifinal, Mario Sloup was a too hard nut for Dejan Fabris and Mario entered the final with the result 6:1, 6:1.

While the though fight in singles was going on, the last match of doubles was played. Samaržija and Brusić confirmed their first place winning 6:1, 6:0 against Đurak and Radman. 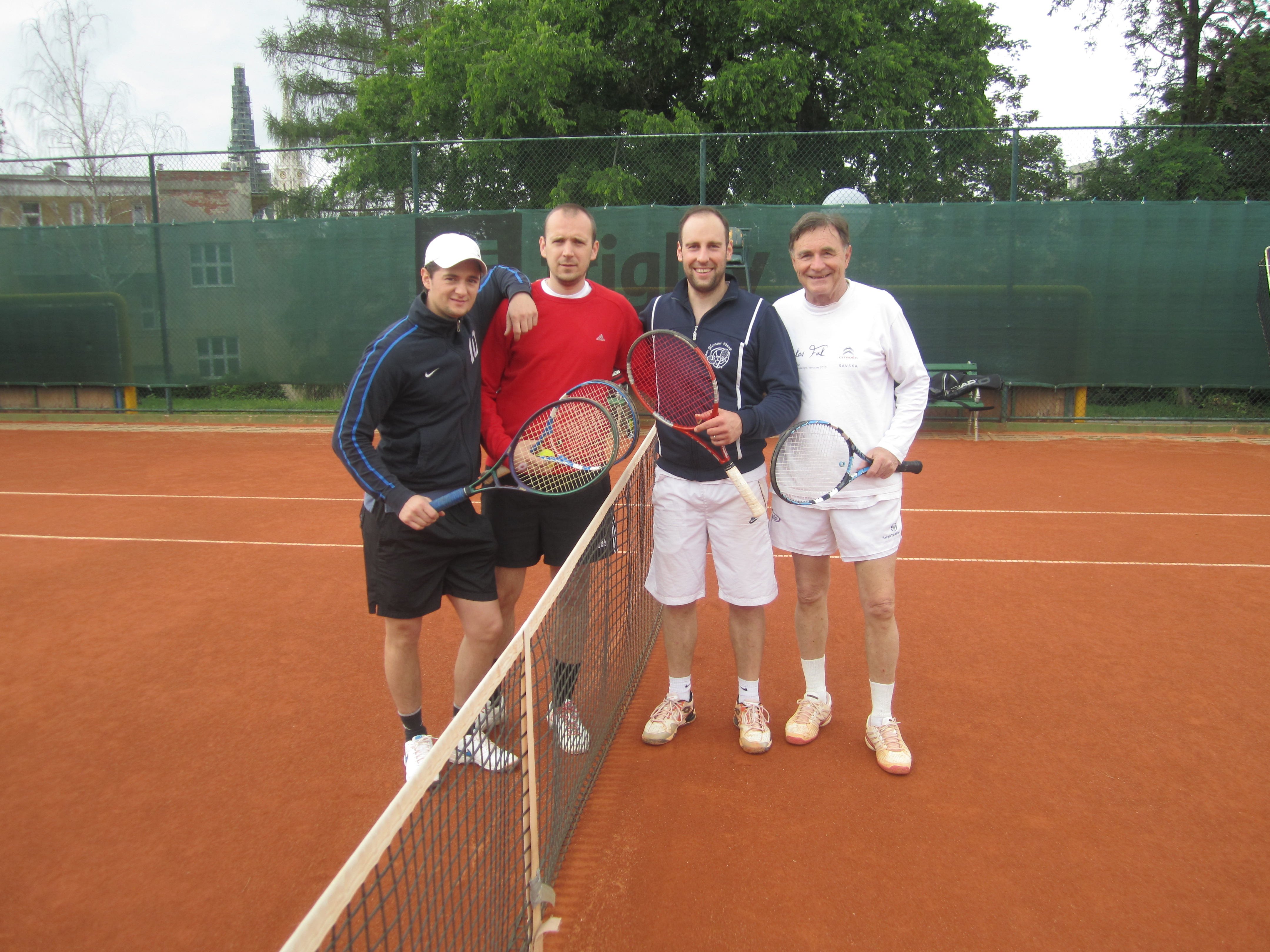 First three places in doubles and the winners Samaržija and Brusić. 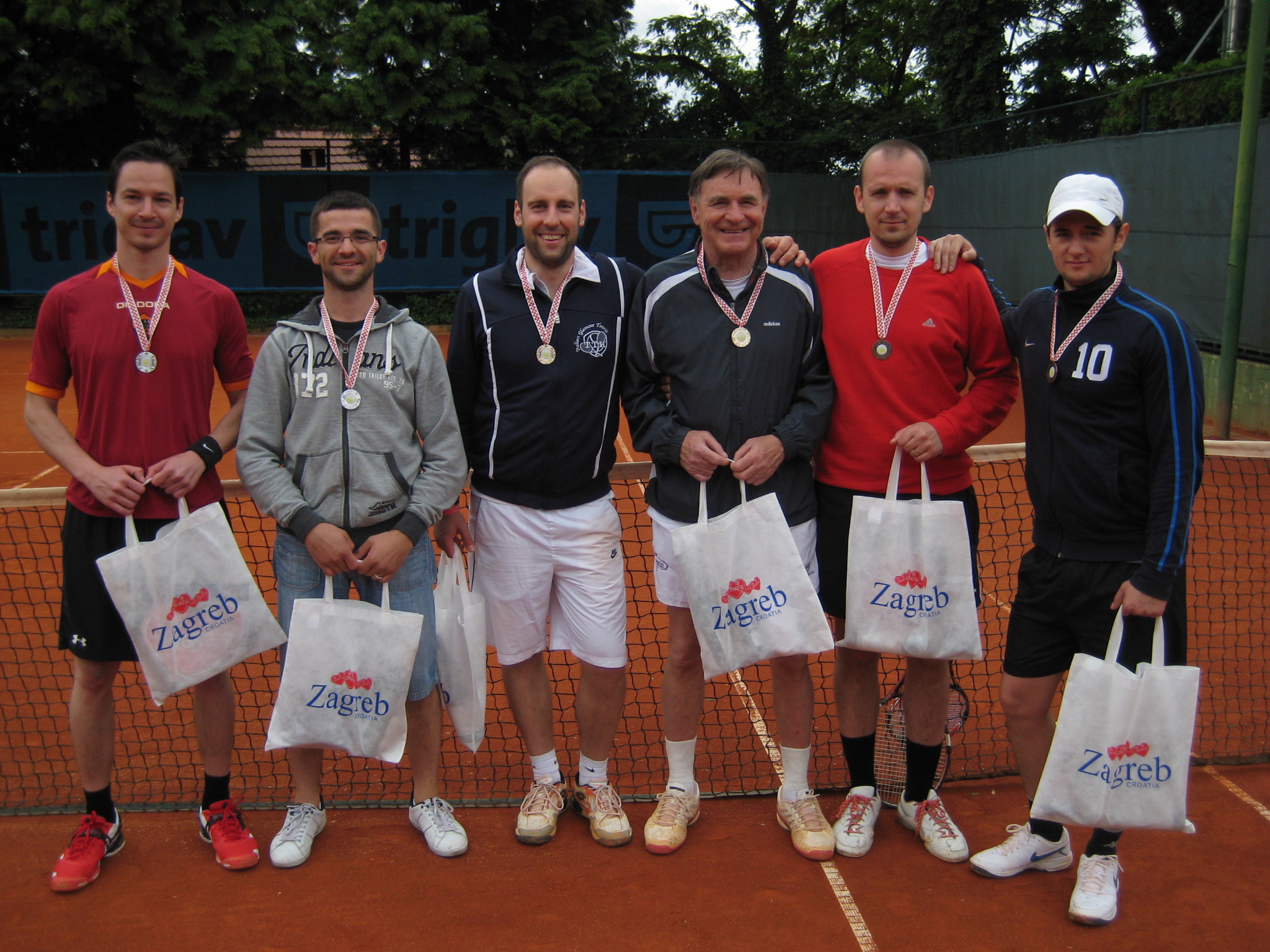 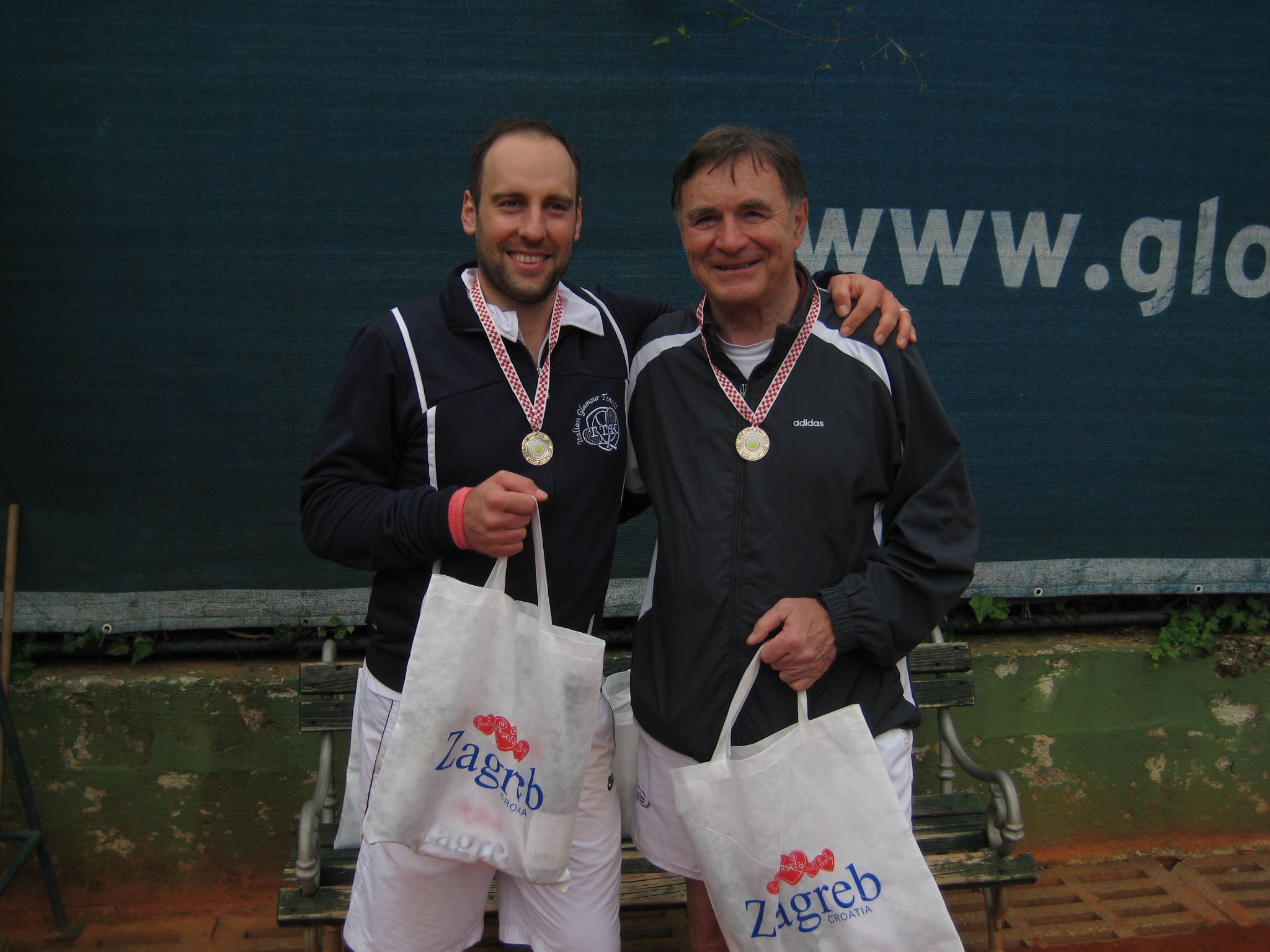 Before the finals, two other matches were played. Nikica Brusić won against Dejan Fabris with 6:4, 6:4 and won the third place, while for 5th place Filip Kos and Petar Cota jr. played one of the longest matches on the tournament where Filip won with 6:7, 6:3 and 10:8. This was the payback time for Filip because of the last tournament, where he lost against Petar in semis.
On the picture below, bronze medalist Nikica Brusić with Dejan Fabris, who ended in the least popular spot, as 4th. Nikica also with president of the organizing committee, Petar Cota sr. 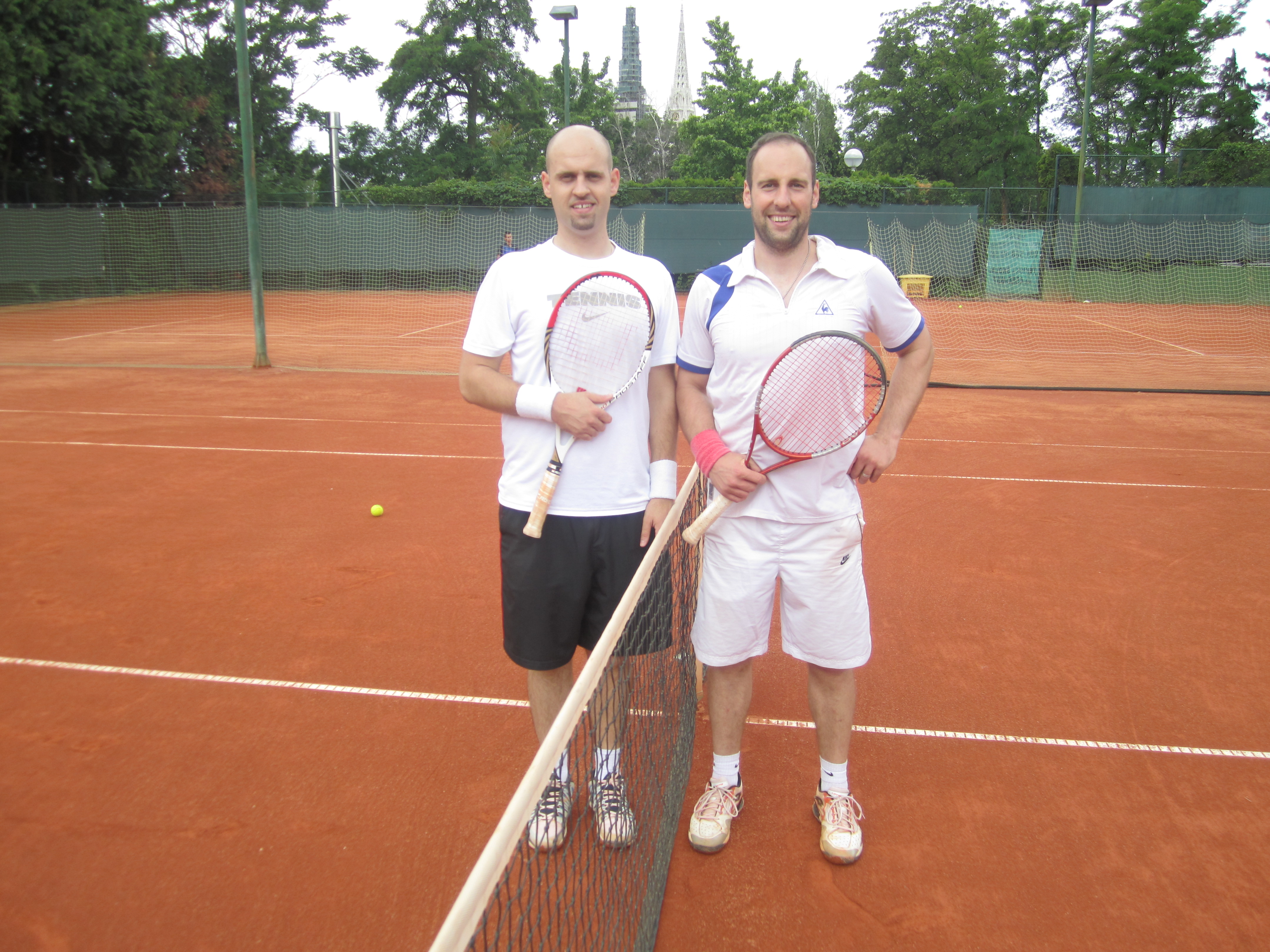 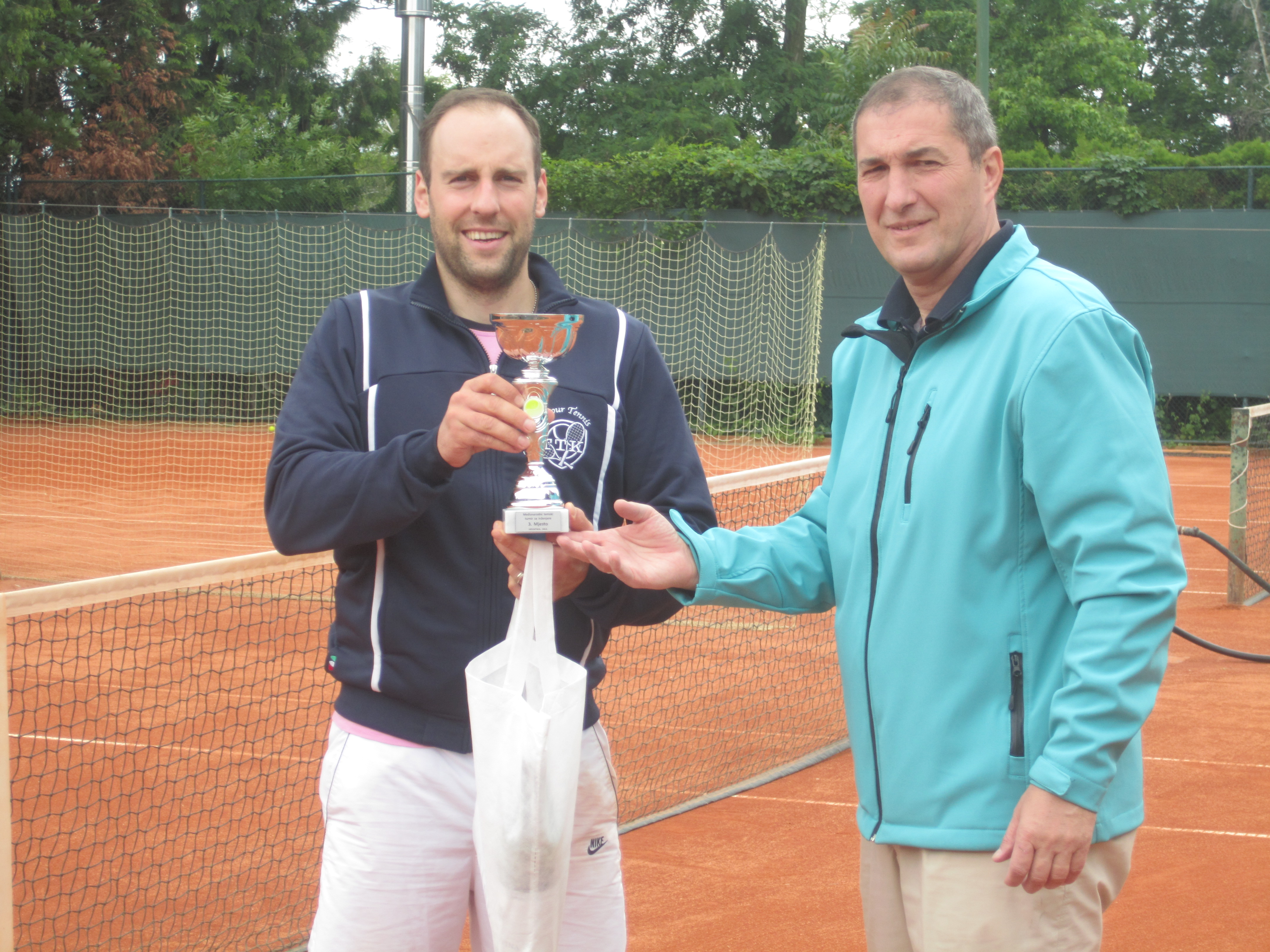 In the grande finale we saw two players who have shown the most, Ante Vukomanović and Mario Sloup. Even though Mario played very well, Ante showed that he came to the tournament with only one goal, winning the 1st place. On the whole tournament, as well as in final, he haven’t lost a set. Finals ended with 6:3, 6:2.
Interesting to add is that Mario entered the tournament instead of last year winner, Robert Tudor, but haven’t succeed to repeat his success.
We hope we will see the two winners playing each-other next year! 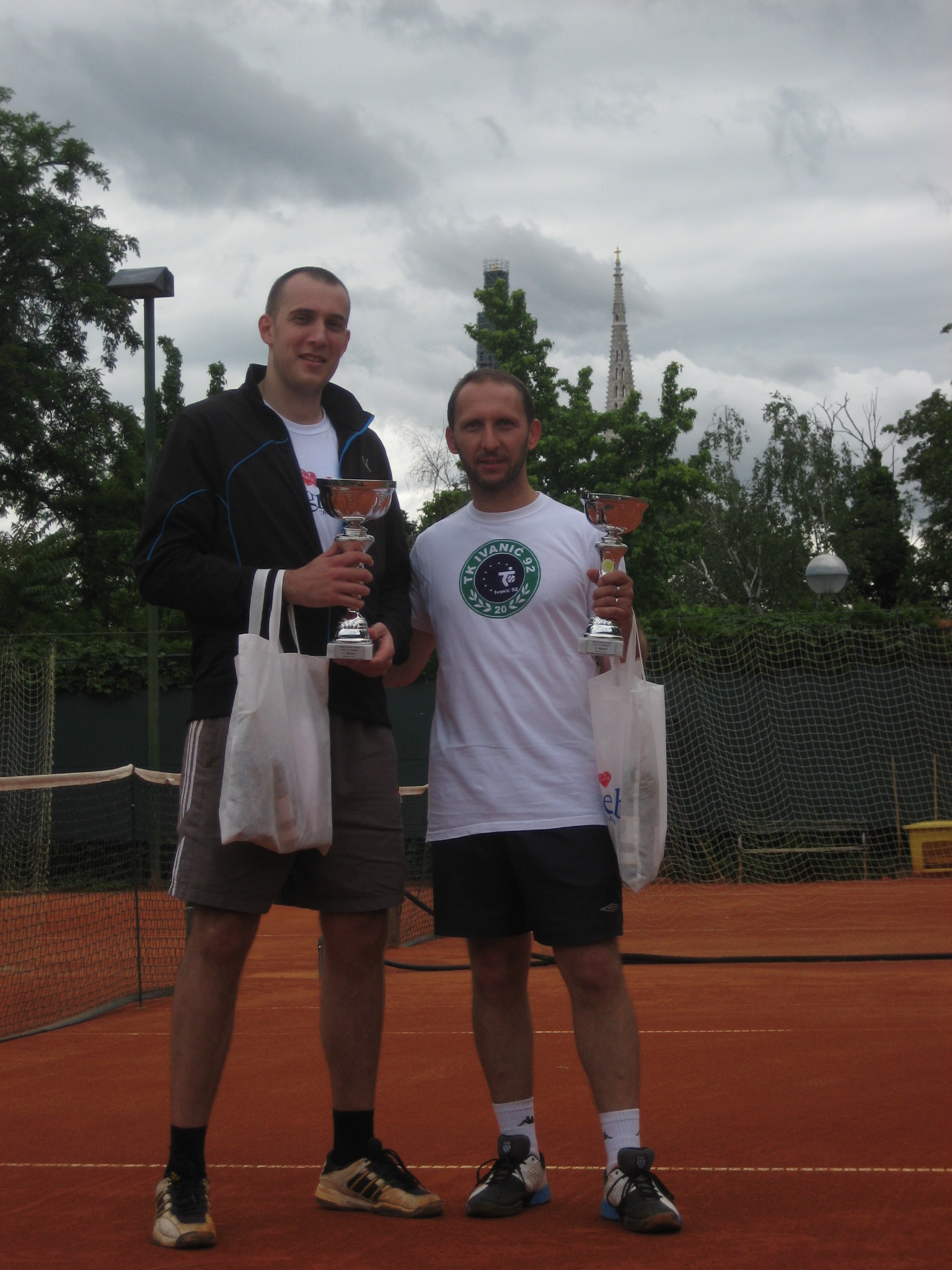 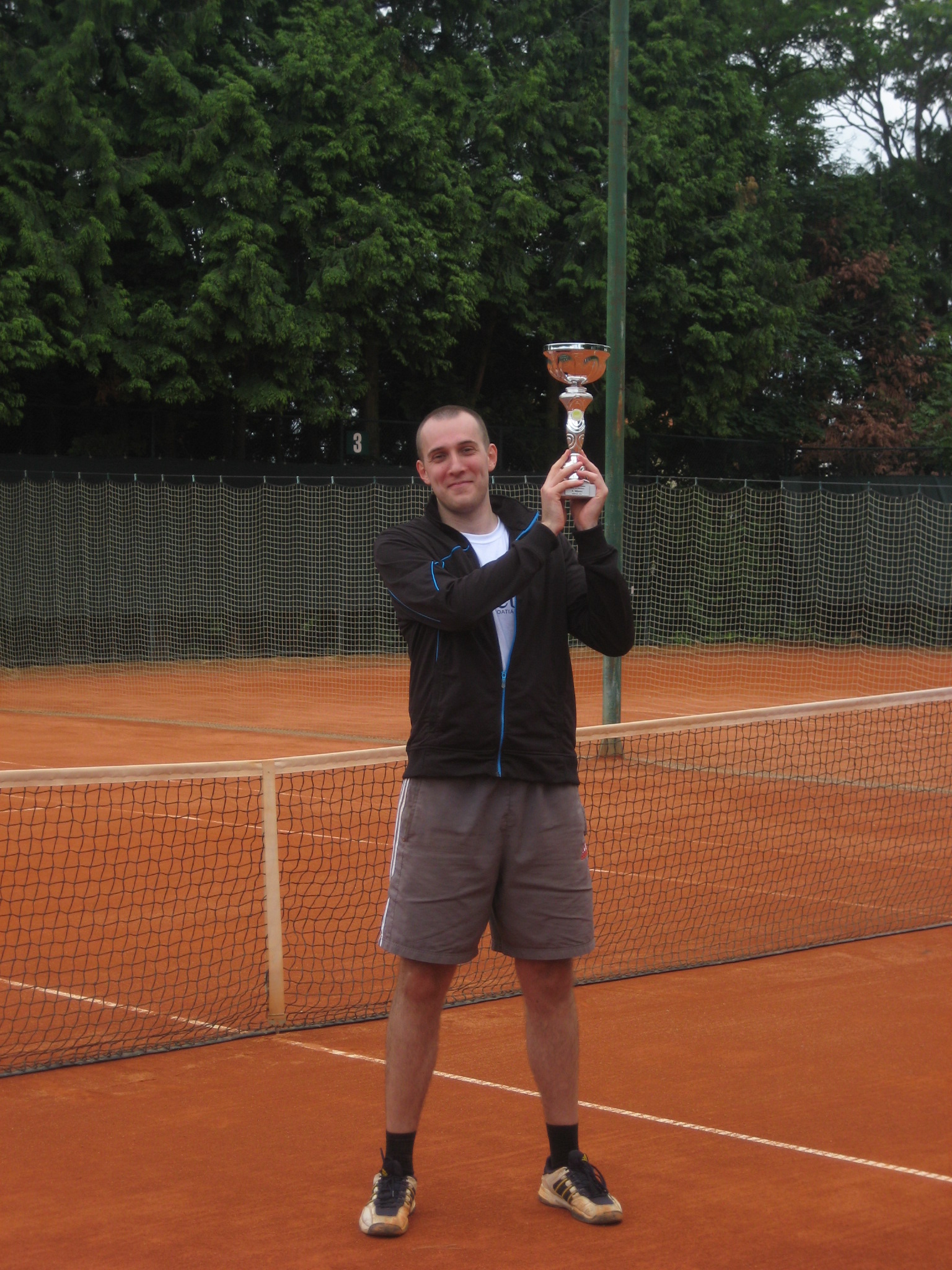 On Saturday the weather was finally become better. That’s why it was possible to continue with group phase and with battle for entering the quarterfinals. For the first time we could see two mechanical engineers on the court, Nikola Radman and Tomislav Đurak, and we could also see the match between two brothers, Hrvoje and Petar Cota. 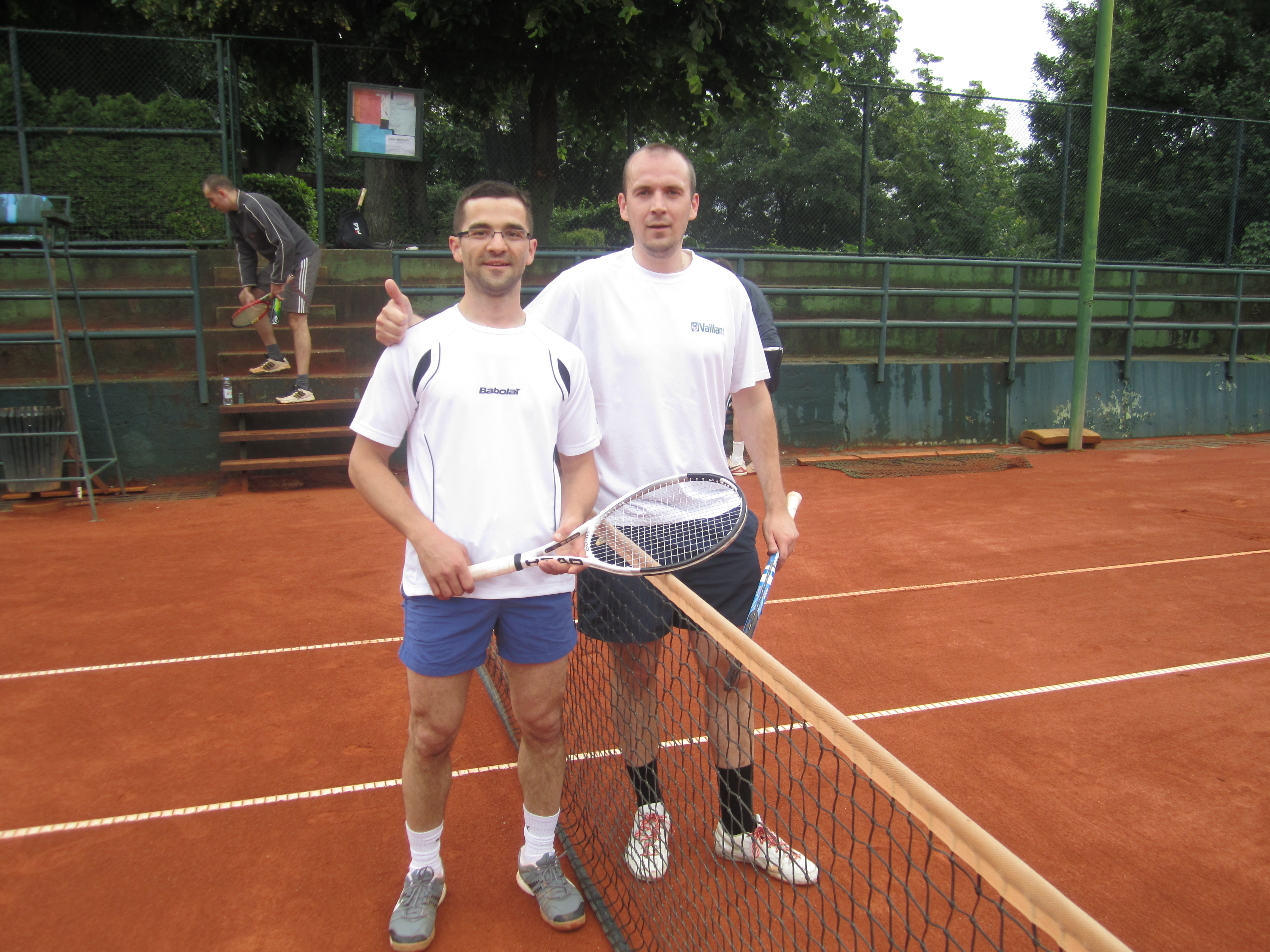 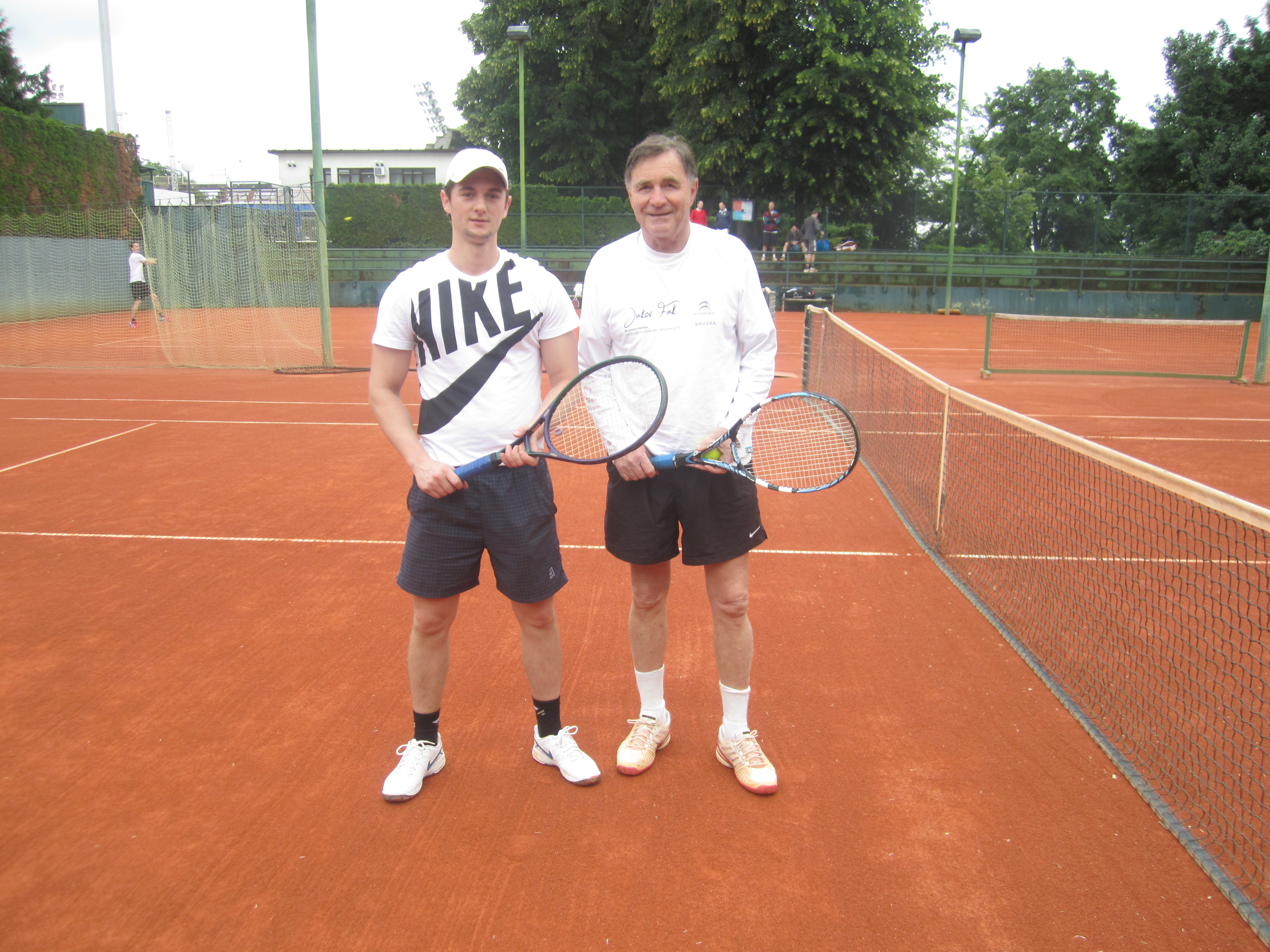 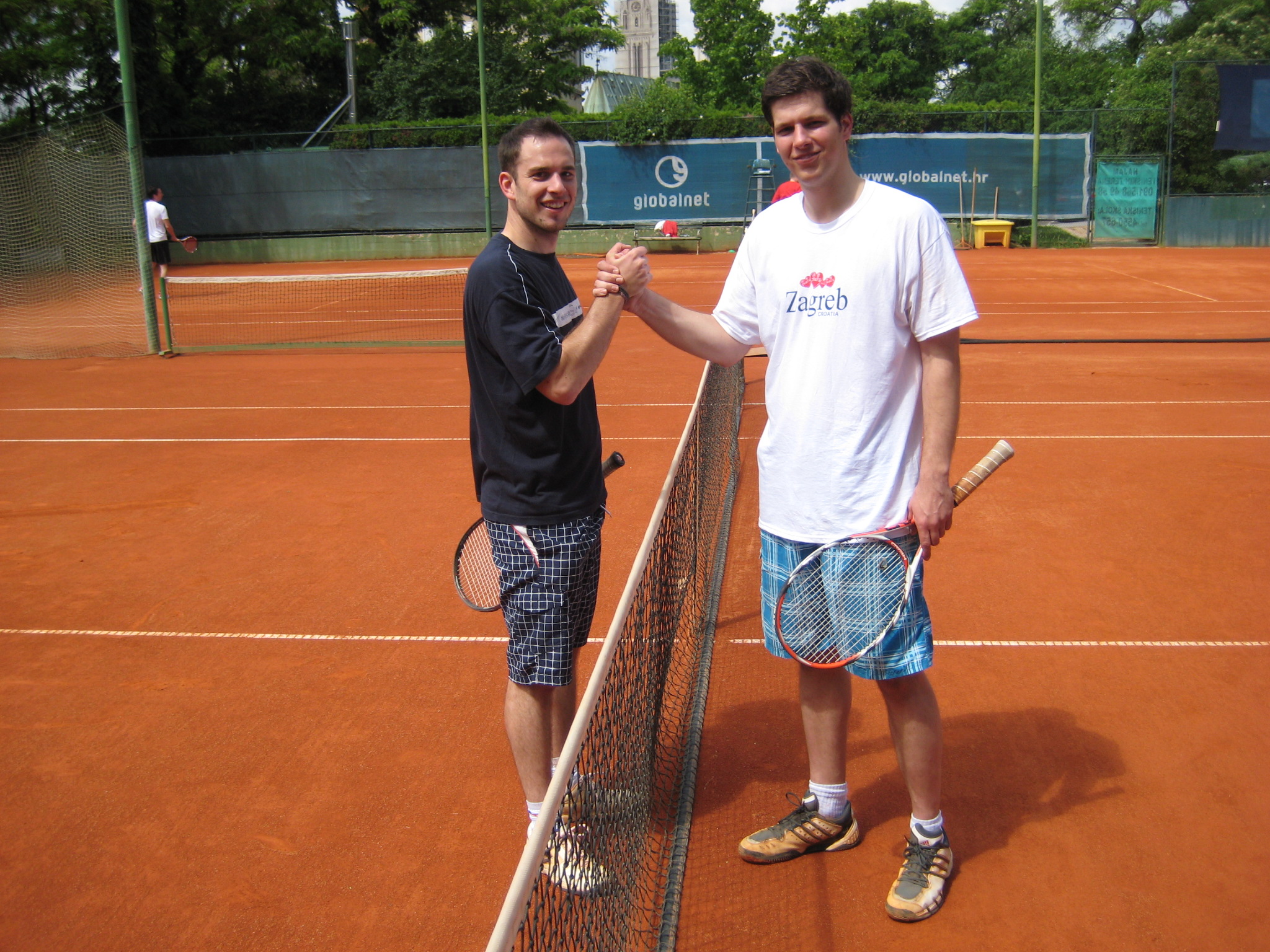 Because on Thursday and Friday we lost a lot of time, on Saturday after the group phase we had to continue with quarterfinals.
In the first quarterfinal Ante Vukomanović played against Petar Cota jr. Even though Petar played well, Ante showed his skills and won with 6:1, 6:4. 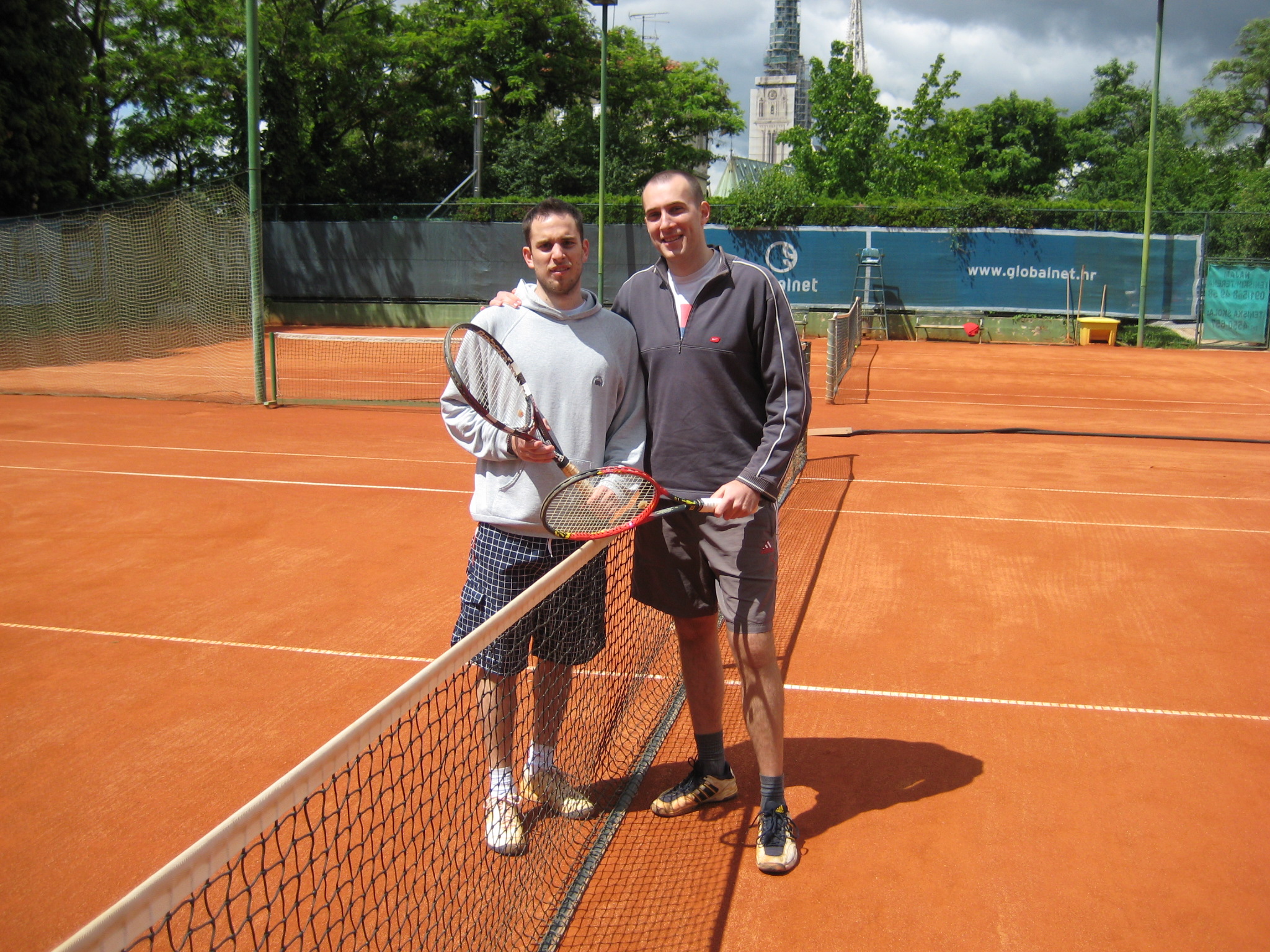 Before other quarterfinals in singles, doubles were also played where four friends from mechanical engineering university met.
Kos and Trstenjak won 6:3, 6:1. 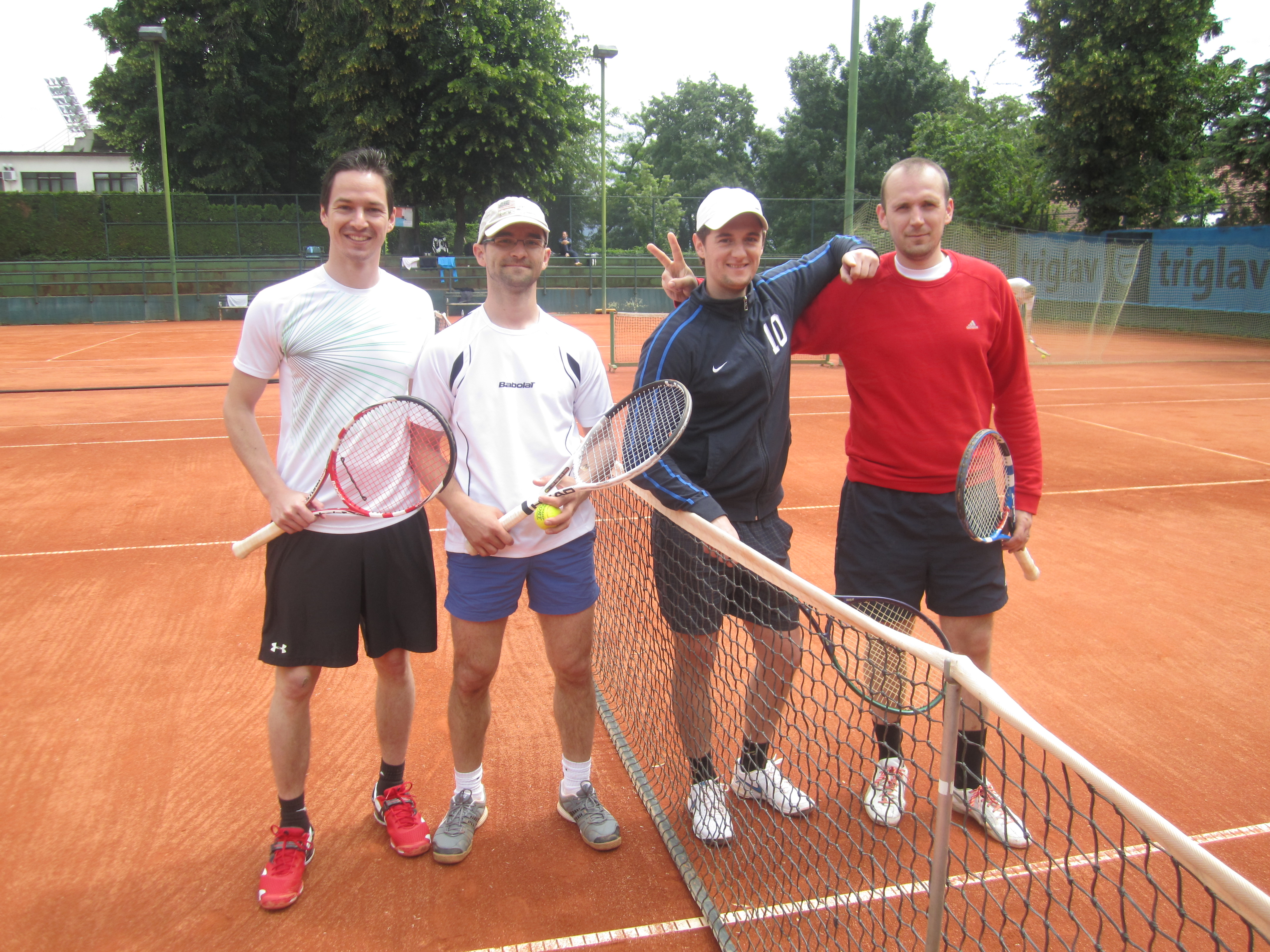 The most interesting quarterfinal was between Brusić and Trstenjak in which, after a long fight, Nikica won 6:0, 4:6 and 10:6 in the long tie-break.
In the other two quarterfinals Dejan Fabris won against Josipa Samaržija with 6:2, 6:2, while Mario Sloup, with big support from his son Josip, won against Filip Kos with 7:5, 6:1. 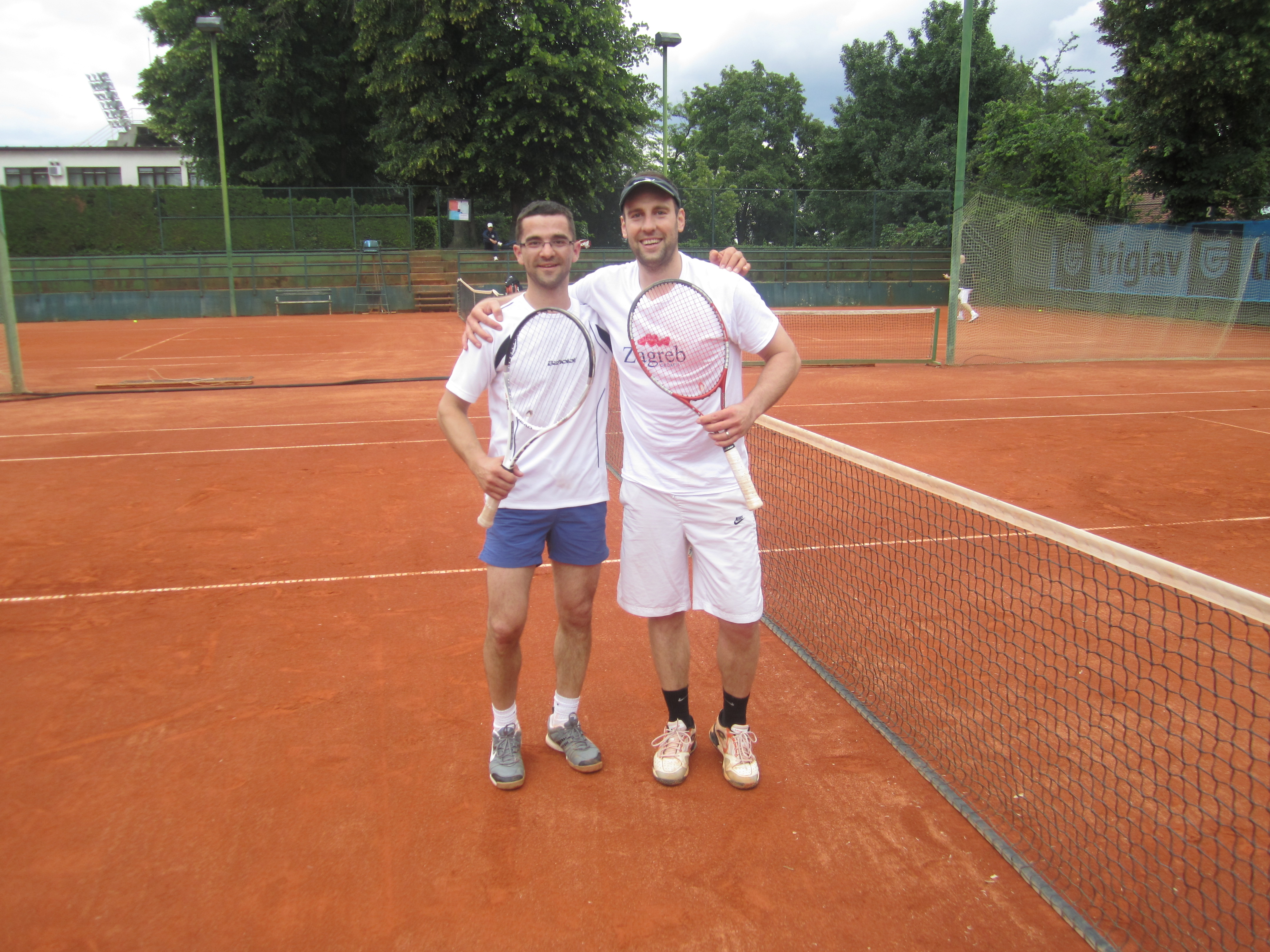 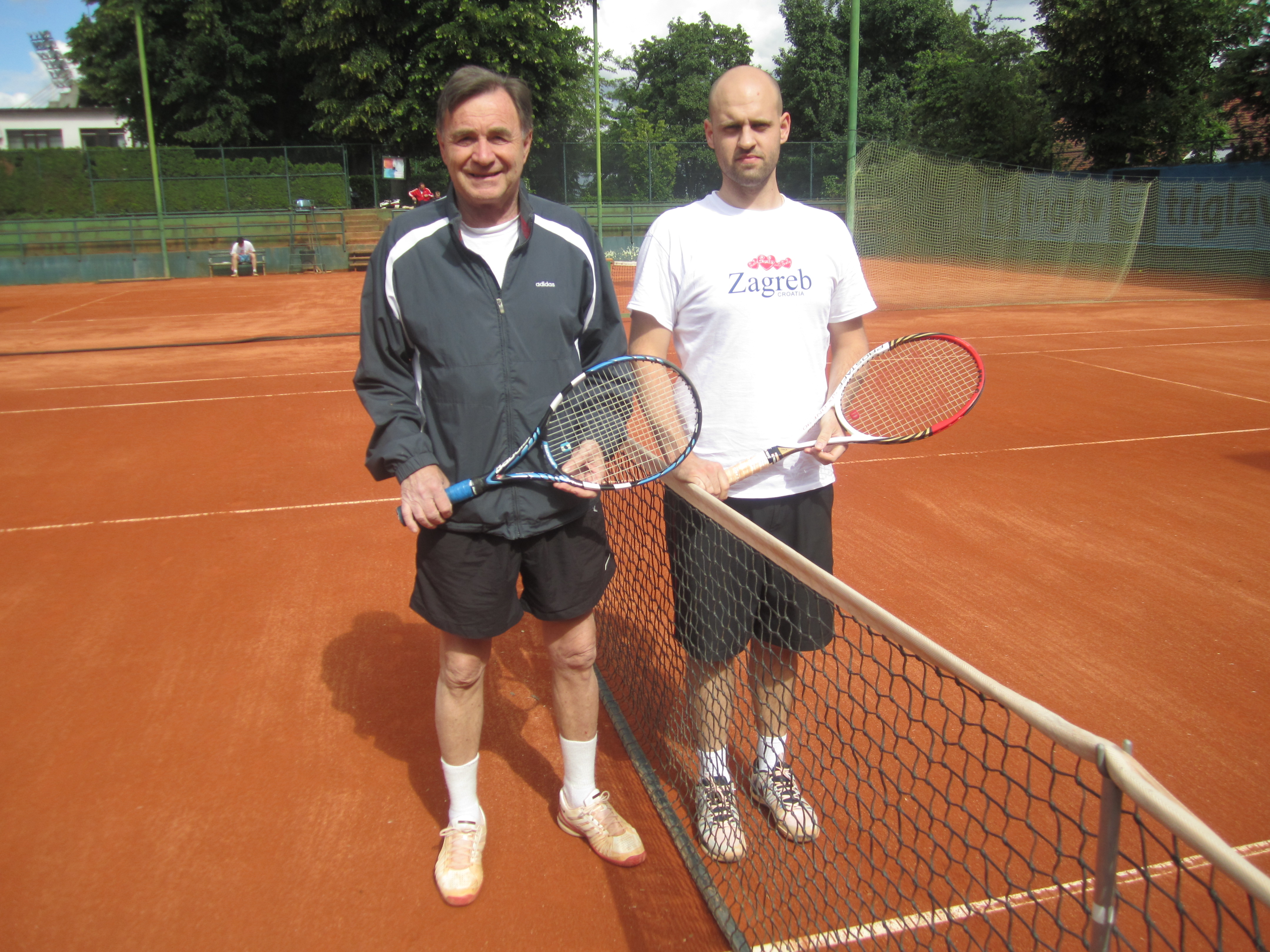 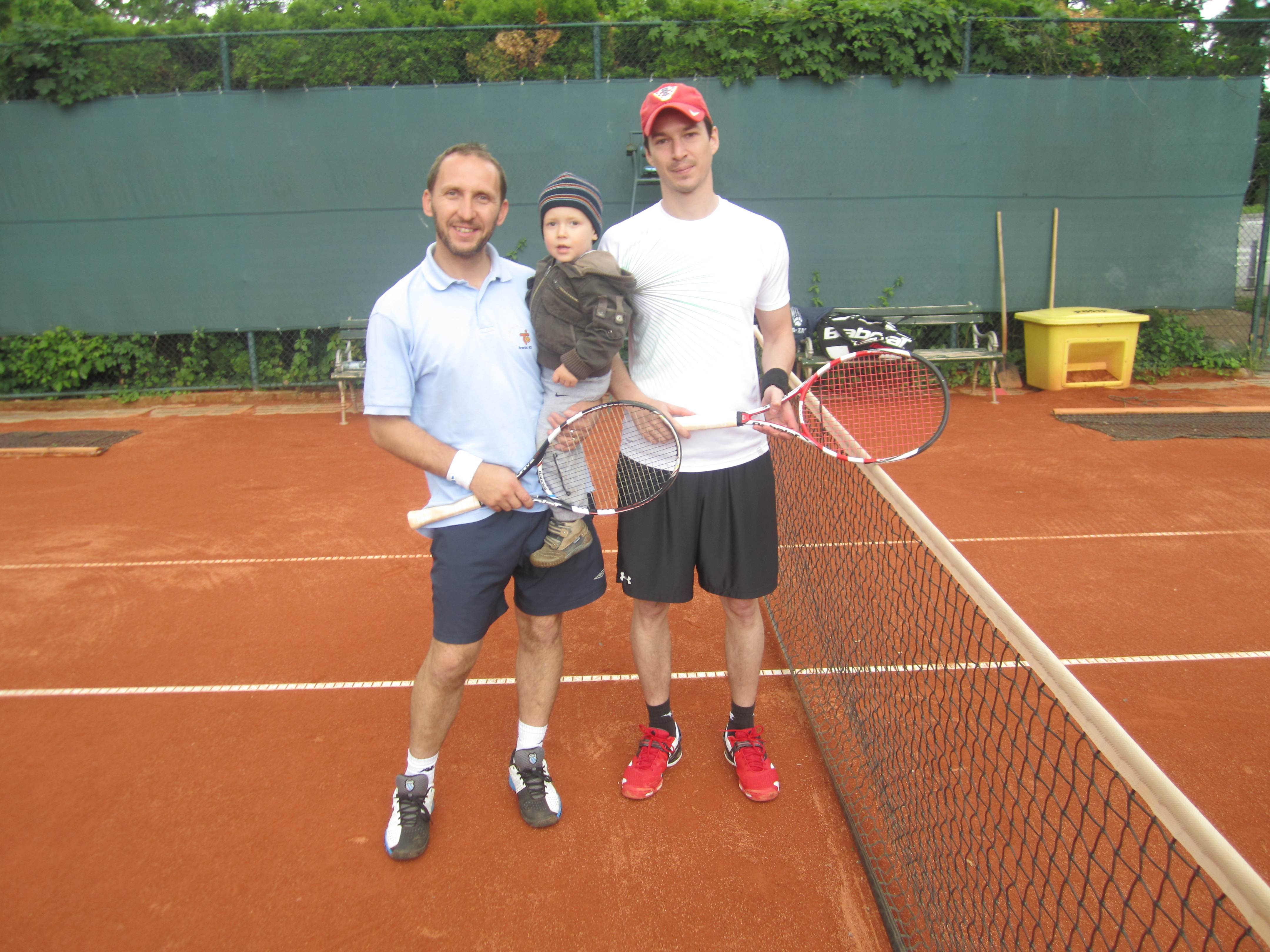 After the whole day of playing, most important part of the tournament was held, and that is a get together dinner.
Drinks were organized by our sponsor Šafran Wines, and the food was provided by our partner Catering Zvona.
But most important ingredient was a good spirit, which was assured by our competitors. 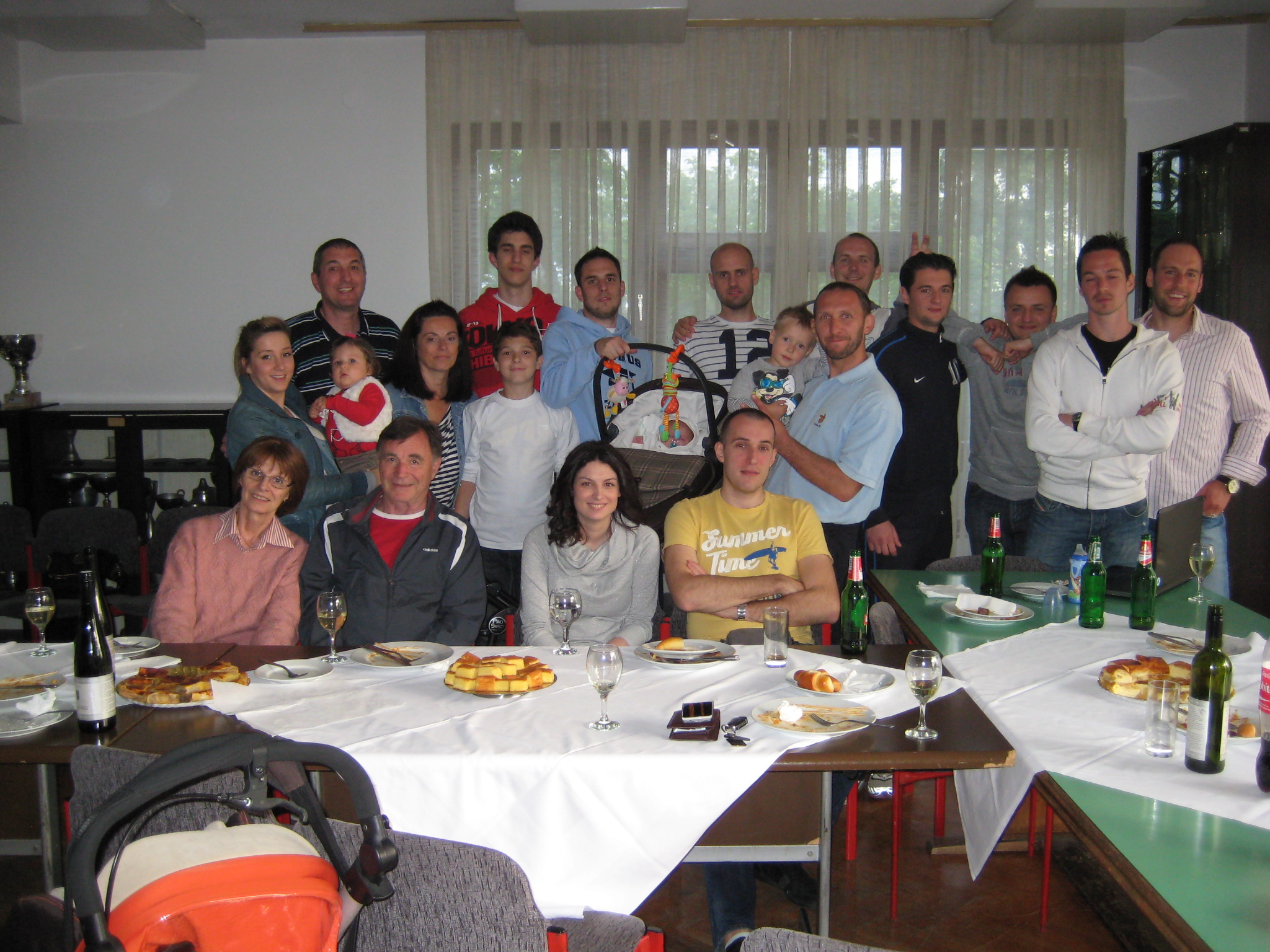 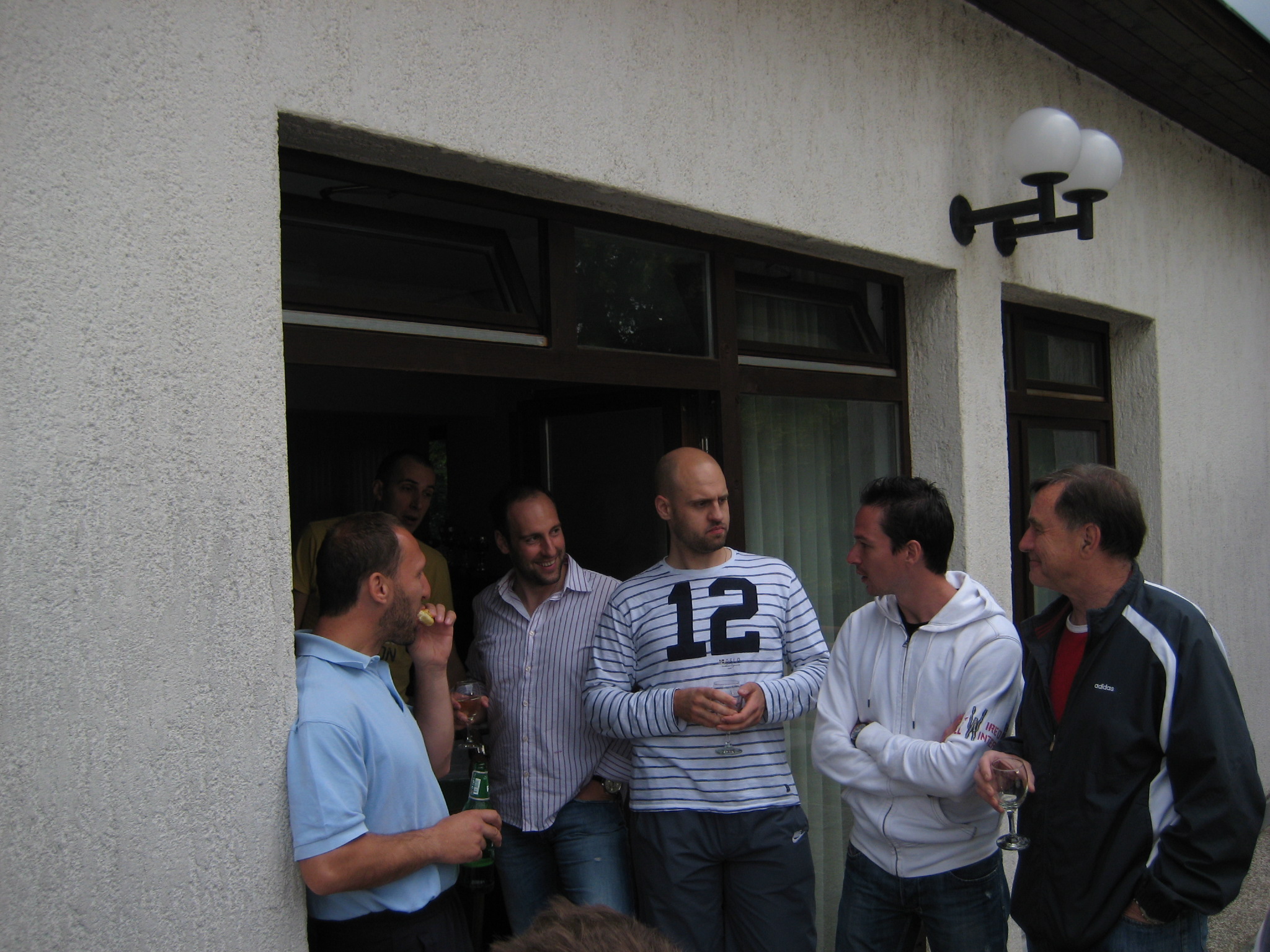 Even though it was raining in the morning, rain stopped and we started to play according to schedule. The first match was played between two mechanical engineers, Filip Kos i Tomislav Kvočić. Filip was more successful this time and won with 9:2. 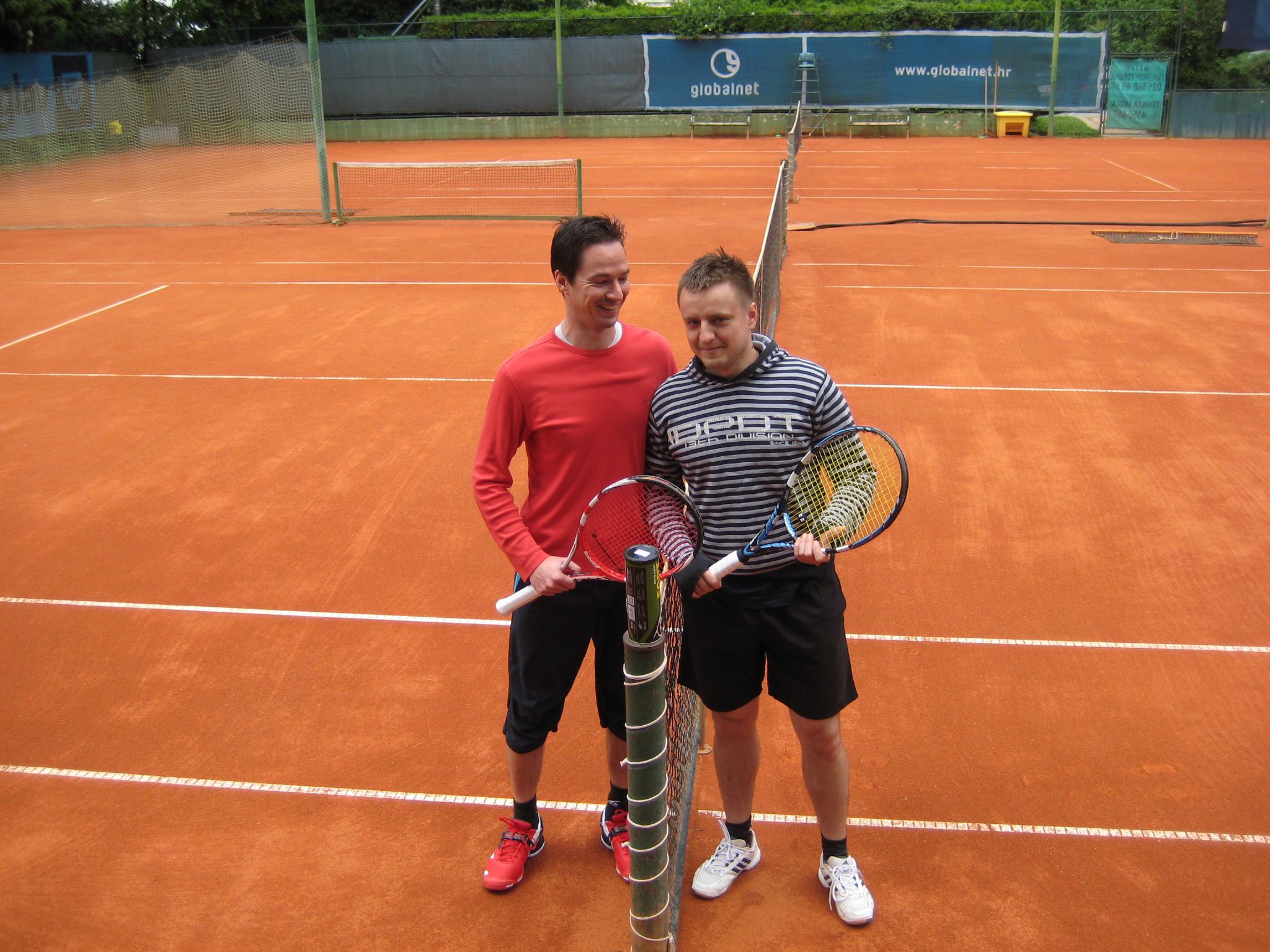 Following his win in singles, Filip played doubles with his colleague from Međimurje, also mechanical engineer, Danijel Trstenjak against another mechanical engineer Nikica Brusića and the oldest participant on the tournament, geologist Josip Samaržija. Nikica and Josip won with 7:5, 6:0. 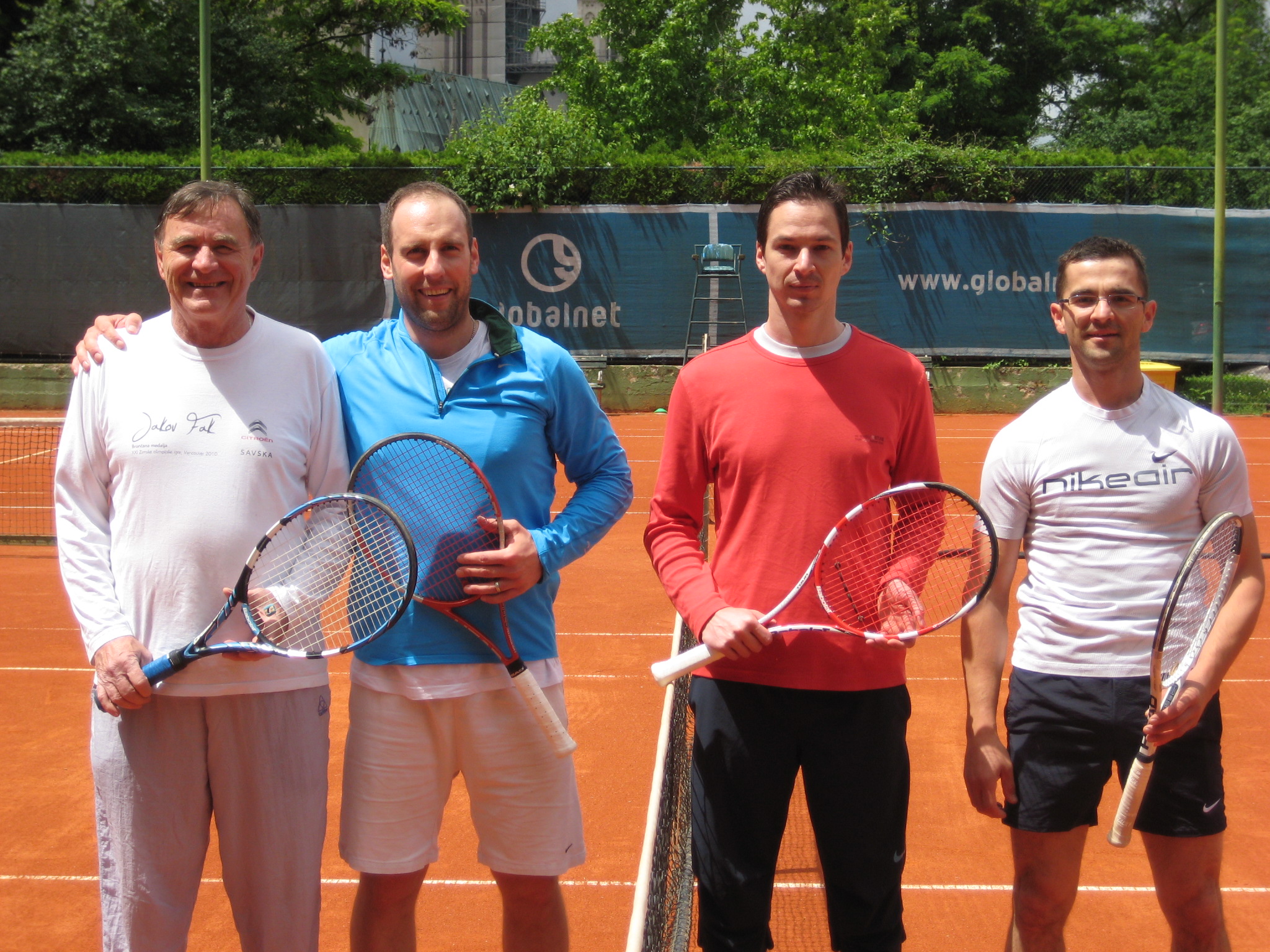 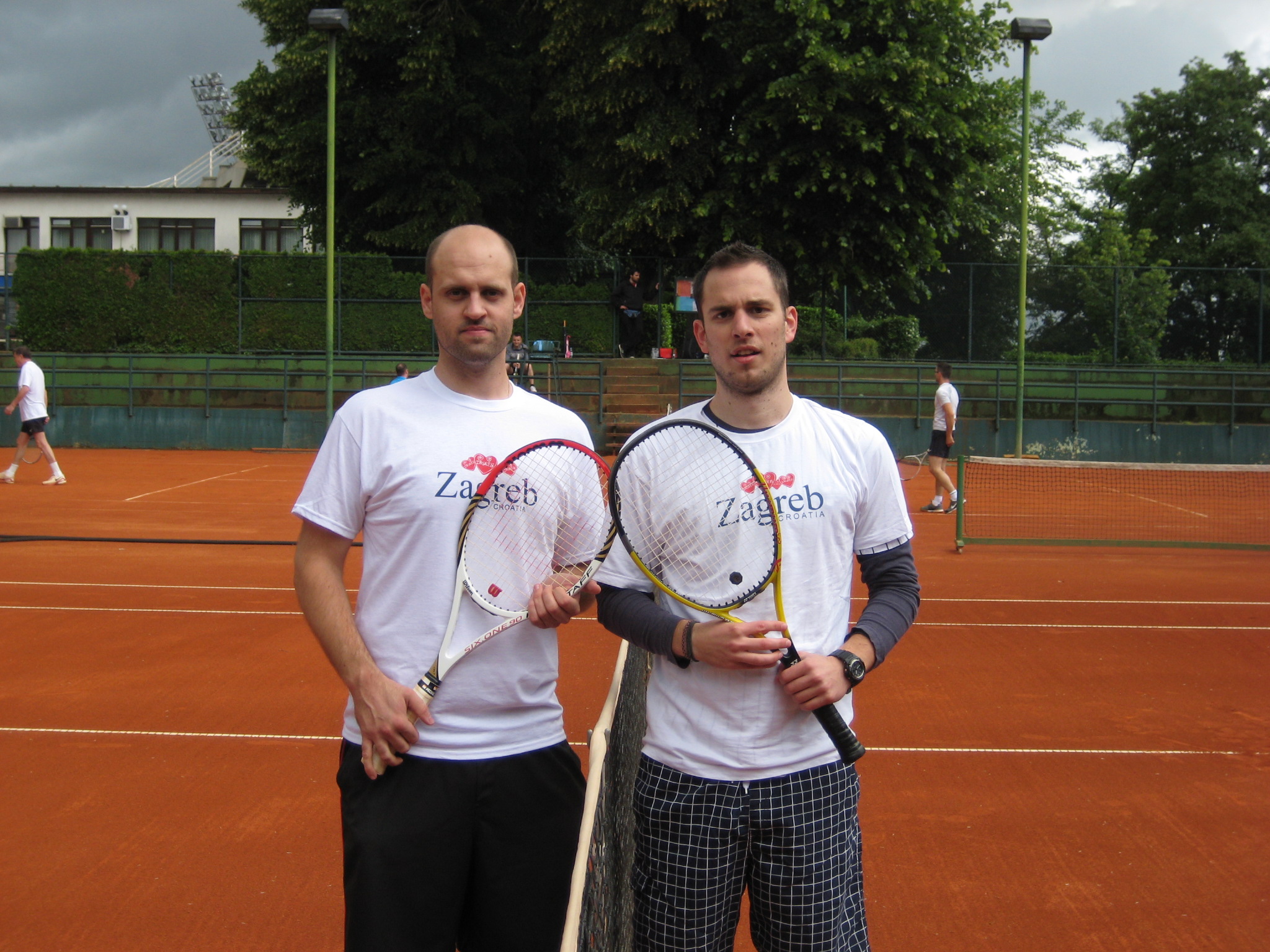 In the last finished match of the day, before rain started again, Brusić and Kvočić played and Nikica won with 9:1.
Weather forecast for tomorrow looks better, so we hope that more matches will be played. 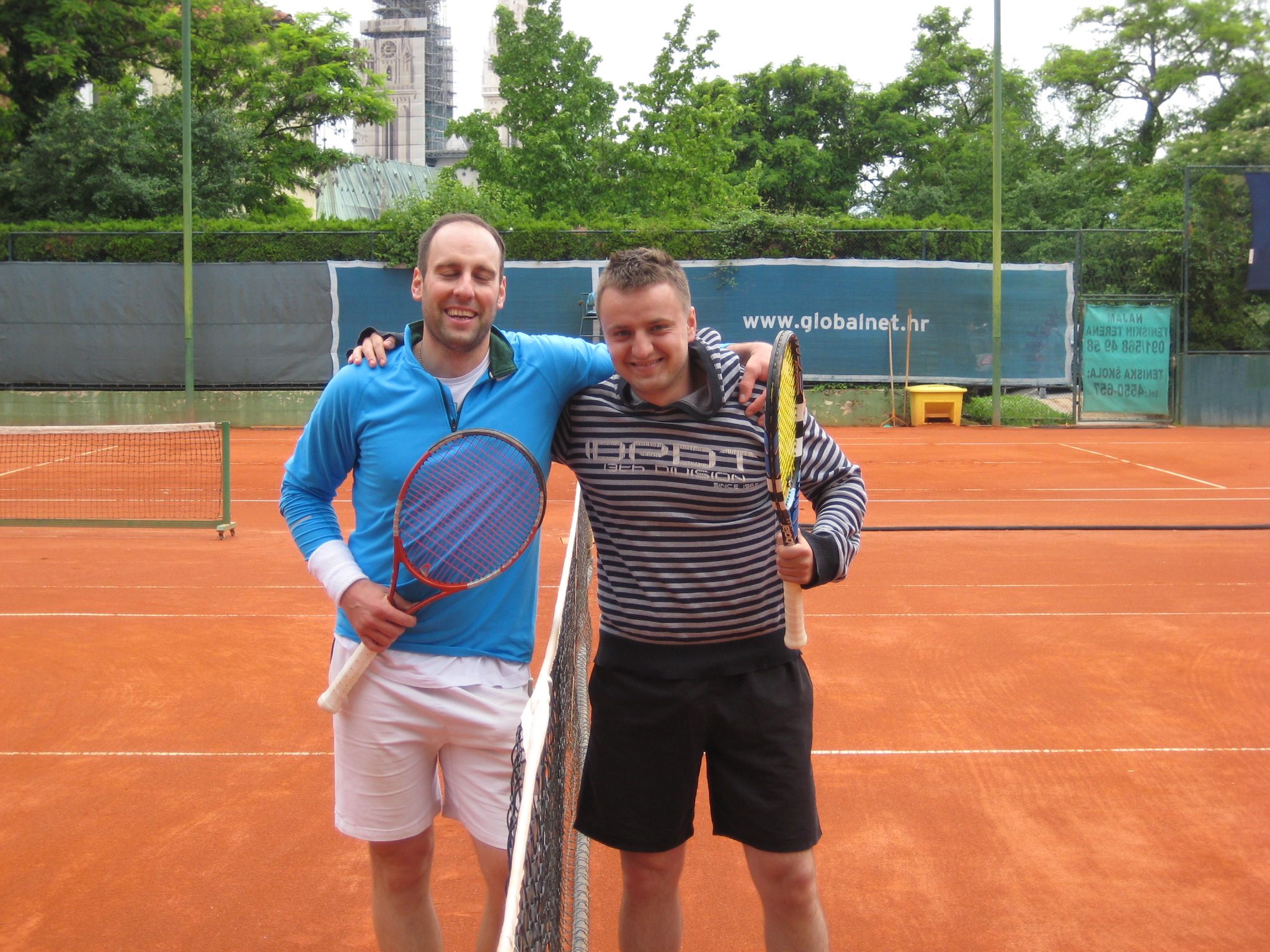 Because of the constant rain, tournament couldn’t start on the courts, but it officially started by giving gifts from sponsors to players and gathering in good company. 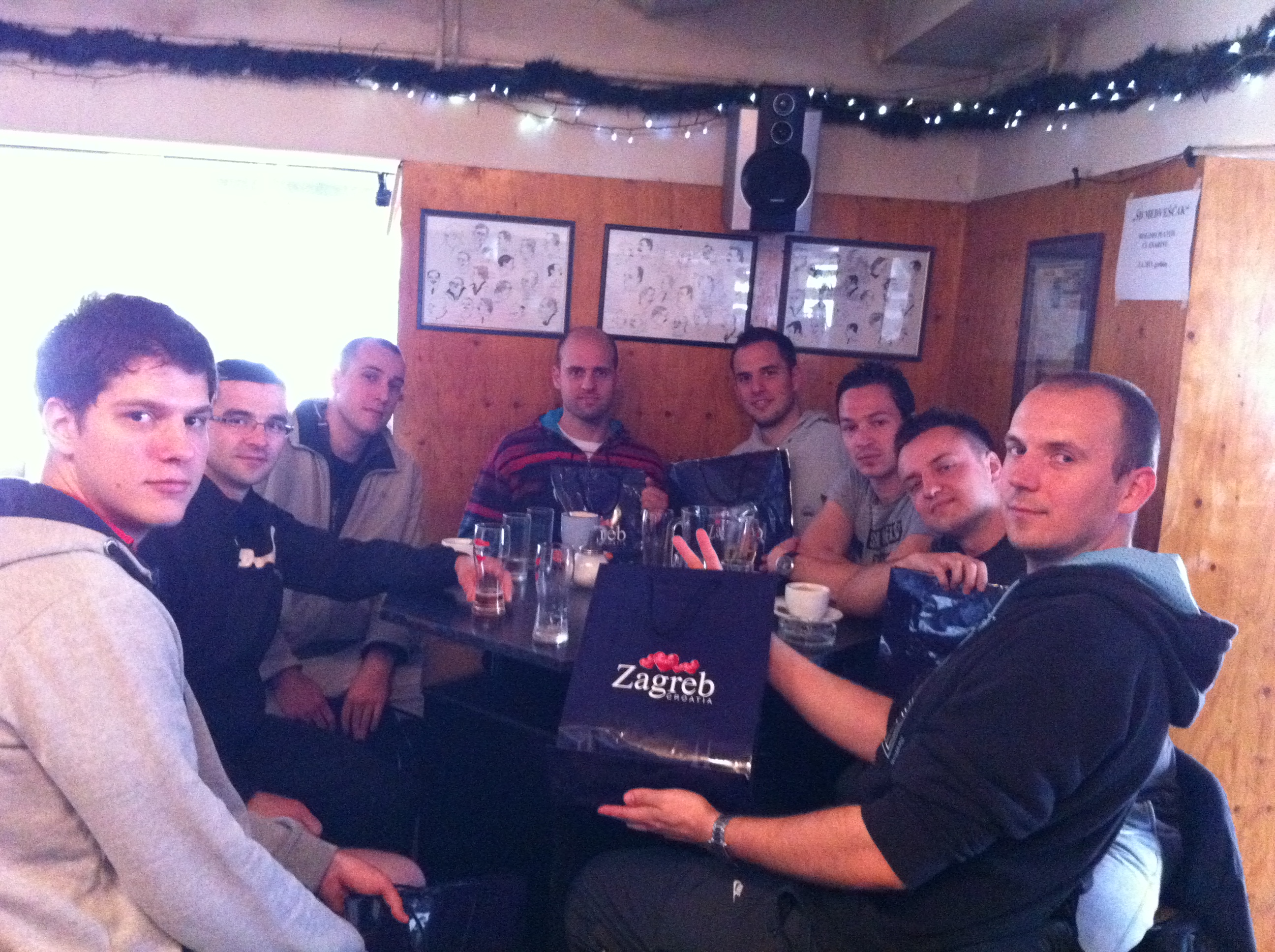 You can see the results from 2012 tournament here.